We’ll use the last few days before the official start of Ennesimo Film Festival’s first edition to present the technical panel of judges that will decide the winner of the Critics’ Choice Award on Sunday 29th May.

Born in 1980, Antonio directed an eclectic anthology film called “Formato Ridotto” (2012) written by Ermanno Cavazzoni, Wu Ming 2, Enrico Brizzi, Emidio Clementi and Ugo Cornia. He collaborated with Ermanno Cavazzoni for his debut film “Vacanze al Mare” that was screened among the movies in competition at Rome Film Festival in 2013. Bigini also wrote the screenplay of “Anita” (2012) a film directed by Luca Magi and presented at Turin Film Festival and DocLisboa. His last work as a director is the found footage “Ella Maillart – Double Journey” (2015), which chronicles the trip to India and Afghanistan of one of the best explorers ever. The film has been presented and screened at many film festivals, among which Visions du réel, Nyon; Bellaria Film Festival; Cinéma Vérité, Teheran; Washington Environmental Film Festival; etc.).

Born in Livorno in 1981, he graduated from Centro Sperimentale di Cinematografia (“Experimental Film Centre”) in Rome and his multifaceted production ranges from Theatre (“La Commedia di Orlando” with Isabella Aragonese, “Gli Ebrei sono matti” the award-winning play directed by and starring Dario Aggioli) and Cinema (the recent movie “Smetto Quando Voglio” and “Fino a Qui Tutto Bene” directed by Roan Jhonson) to Television (“Ho sposato uno sbirro”, “L’ispettore Coliandro”, “I Liceali” and “1992”). He collaborates since 1999 with the independent theatre and film company I Licaoni – which is very active on the web – and works as voice actor for the artist Astutillo Smeriglia: Favilla dubbed his famous short films “Pianeta Perfetto” and “Training Autogeno” (both awarded with Nastro d’Argento) and the Series “Preti” nominated for the 2013 David di Donatello. 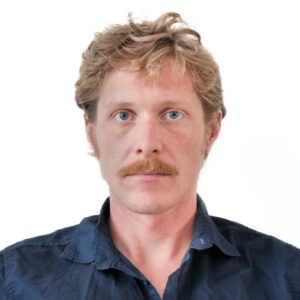 He graduated in “Film history and criticism” from the University of Turin, after attending the course in Drama, Art and Music Studies (DAMS). He founded the cultural association “Neoneiga” which deals with film festivals, books and retrospective exhibitions on the contemporary Japanese film production. After graduating he moved abroad to study the international market of film production and distribution and worked as film programmer for Turin Film Festival for eight years. He’s currently focusing on film production and translation in Turin, by collaborating with the production company Malfè Films.