A brilliant combination: biography and film

With the term biography it is meant “the story of a person’s life written by another person” (dictionary.cambridge.org)

It is an essential component that offers a complete view on the personal experiences aimed at creating an artwork. Several directors have offered their vision on many artists’ life: sculptors, painters but also poets and philosophers. Biographical events that inspire the realisation of the most famous and celebrated works.

Have a look at our biographical proposals, and discover some anecdotes about these artists!

Nothing is worth more than laughter. It is strength to laugh and to abandon oneself, to be light. Tragedy is the most ridiculous thing.

Frida (2002) is a film directed by Julie Taymor. It focuses on the life of the Mexican painter Frida Kahlo, performed with great skill by Salma Hayek. It traces the turbulent events of Frida’s life: from the accident that changed her life, the precarious health conditions and the consequent abortions, and finally the hectic relationship with her partner and painter Diego Rivera, which deeply marked her life. In order to accurately reproduce the locations of Frida Kahlo’s life, the film was shot in Mexico.

Did you know that, some of the paintings of the film were actually painted by Salma Hayek? 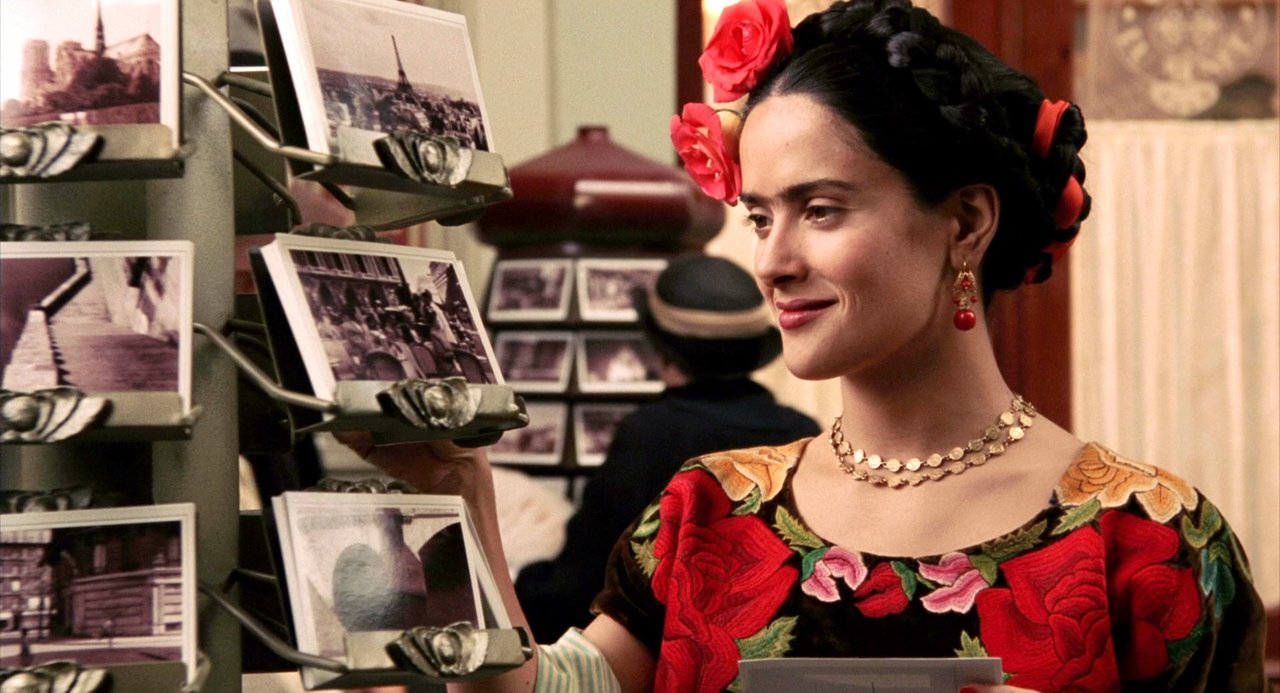 He saw things in a way that others did not, so that a city I had lived in all my life seemed a different place, so that a woman became beautiful with the light on her face. – Tracy Chevalier

In the seventeenth century in Holland, the young Griet is employed by the famous painter Vermeer. Their cultural differences do not prevent the painter from approaching the girl and making her muse, as well as the model of a portrait that will remain a Flemish painting’s icon. The director Peter Webber has brought into the cinema the atmosphere full of emotions and the accomplice silences  that led to the realization of the famous portrait. A film that impresses for its compositions and photography’s study.

It is perhaps not generally known that in 1999 the name of the painting becomes Girl with a Pearl Earring (Jan Vermeer, 1666) at the release of the book by Tracy Chevalier which becomes an editorial case and gives life in 2003 to the film with Scarlett Johansson and Colin Firth. 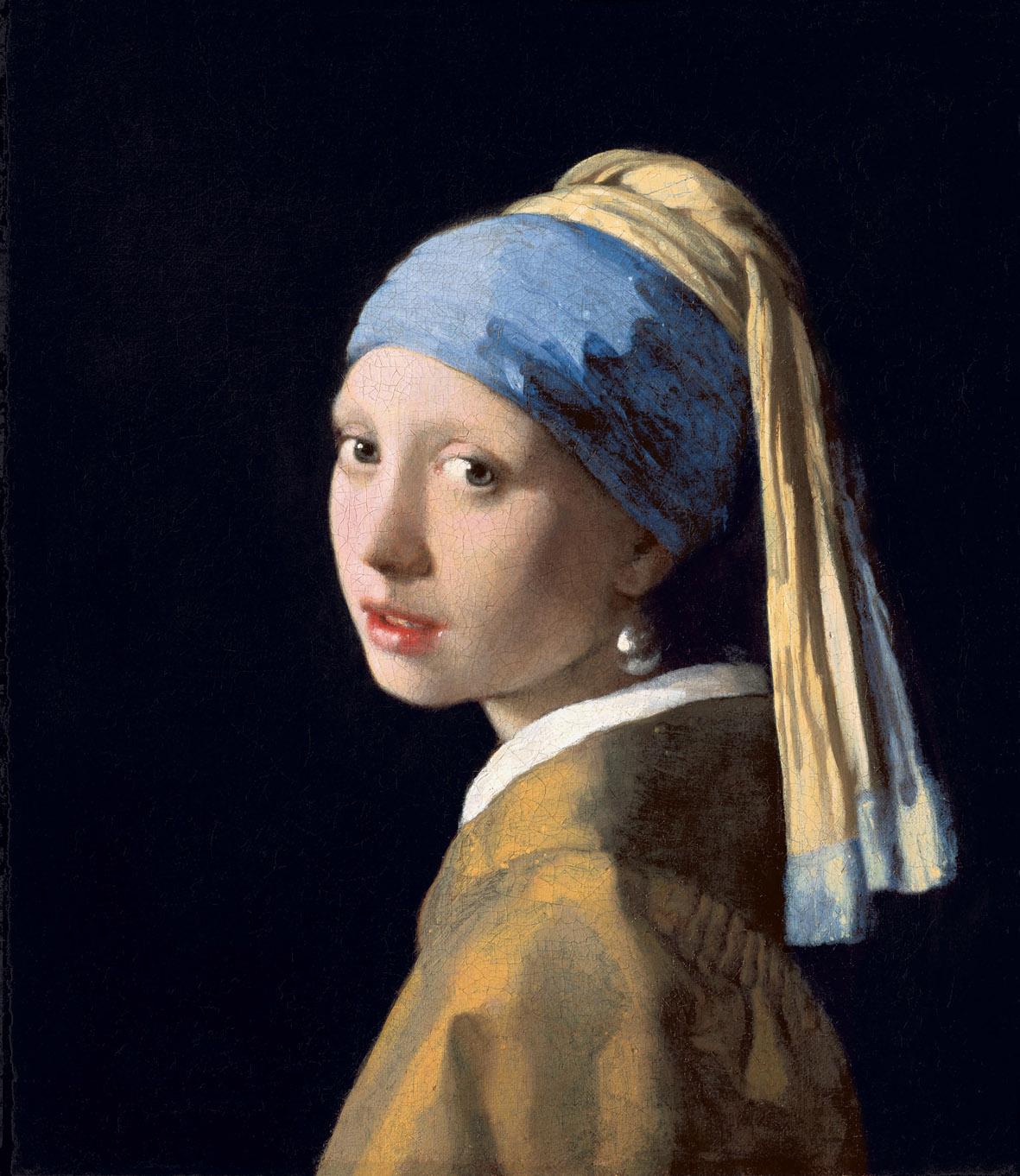 I do not need esteem, glory or other similar things. I need love, enthusiasm, fire, life.

Il giovane favoloso traces the life of Giacomo Leopardi, a 2014 Italian film directed by Mario Martone. In the role of the famous nineteenth-century poet, a formidable Elio Germano, who thanks to this interpretation won the David di Donatello as Best Actor. Playing the role was not so simple, so that he has recited countless times L’infinito.

The film shows the life of Leopardi starting from the youth in Recanati and analyzing the most distinctive moments of his existence, moving through Rome, Florence and finally Naples, where he spent the last years of his life. The heirs of the poet, not only have made available the family properties enabling the shooting of some scenes, in addition, the Count Vanni, play the role of the coachman. 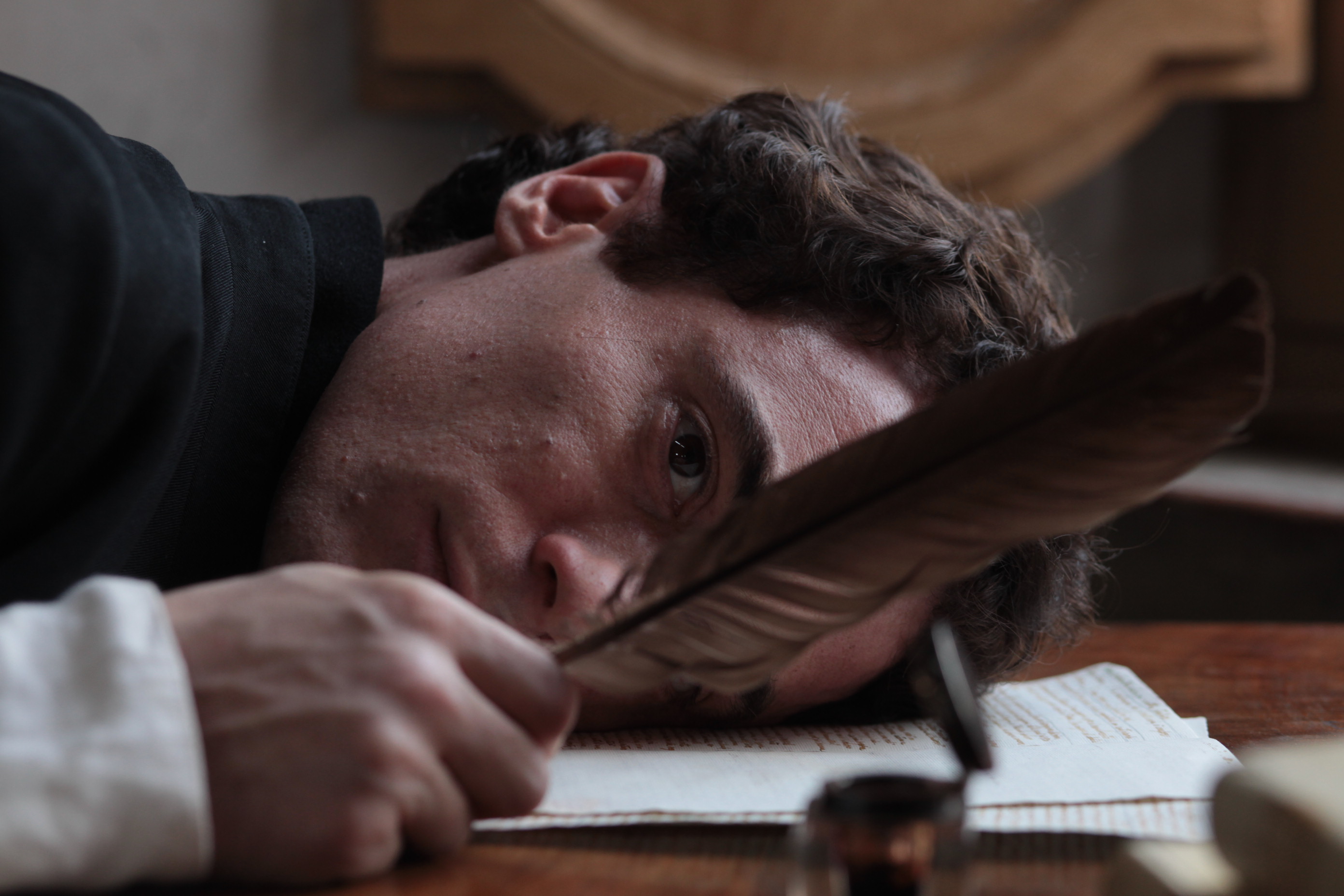 “Friendship is certainly the finest balm for the pangs of disappointed love.”

Becoming Jane is set in England in the late 1700s. It tells the first years of life of the famous British writer Jane Austen. The film was released in 2007 and directed by Julian Jarrold. Anne Hathaway plays the role of the main character, who actually had to learn how to play the piano.

The film focuses on the love story between Jane and Thomas Langlois Lefroy: that’s exactly from this romantic and troubled affair, from which Jane Austen will be inspired to write Pride and Prejudice, her most acclaimed artwork. In this film we observe Jane writing a novel called “First Impression”: this will be exactly her first draft. 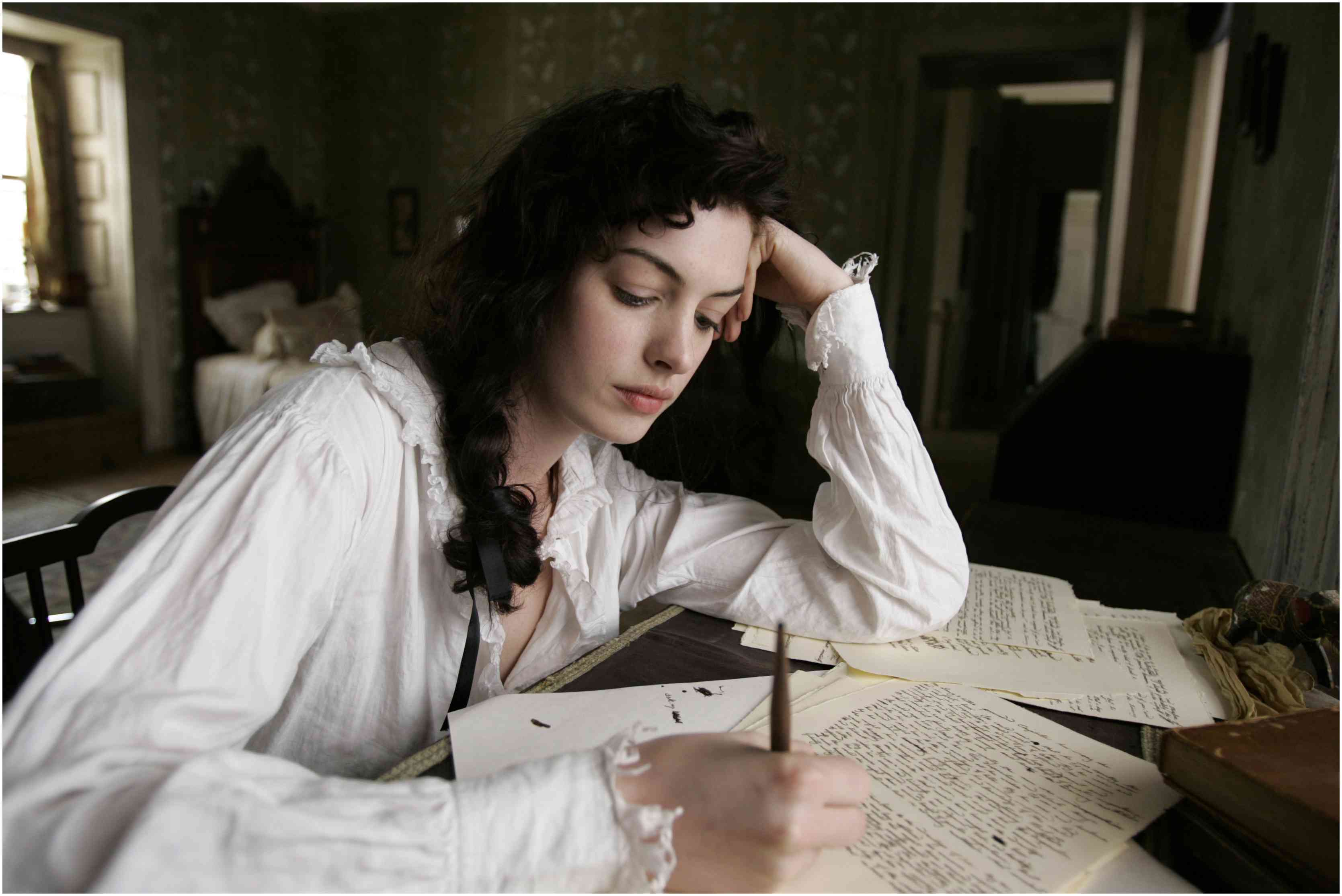 I almost wish we were butterflies and liv’d but three summer days – three such days with you I could fill with more delight than fifty common years could ever contain.

John Keats is considered one of the most important exponents of English Romanticism. His short existence (he died at only 25), is described in the film Bright Star (2009) by Jane Campion. The last years of Keats’s life (played by Ben Whishaw) are told here. Furthermore, as for Jane Austen, at the center of the narration we meet Keats’s relationship with Fanny Brawne, an inspiring muse in writing his sonnets.

The title of the film is taken from one of his sonnets: “Bright star, would I were steadfast as thou art”, work that the poet writes during his relationship with Fanny.

We live in a rainbow of chaos.

Perhaps few people have knowledge of this film. Cézanne et moi (2016) is a French film, directed by Danièle Thompson. The main characteristic of this biographical film is that, besides telling the story of the famous French painter Paul Cézanne, the focuses is on his friendship with the well-known writer Émile Zola.

These two protagonists move to Paris, driven by the need to get ahead. Peculiar is the choice to propose a biographical story focused on the friendship lasted 40 years between the two artists: a close relationship but at the same time tormented by their divergent personalities. 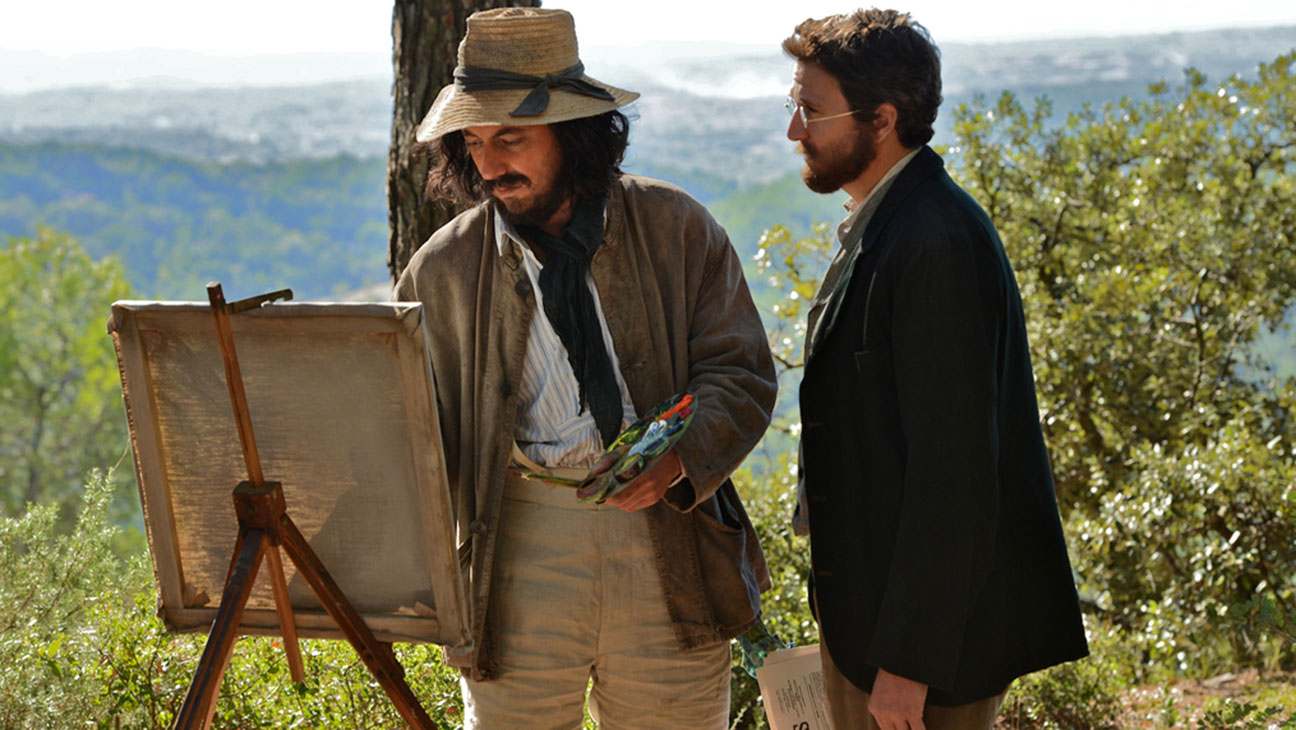