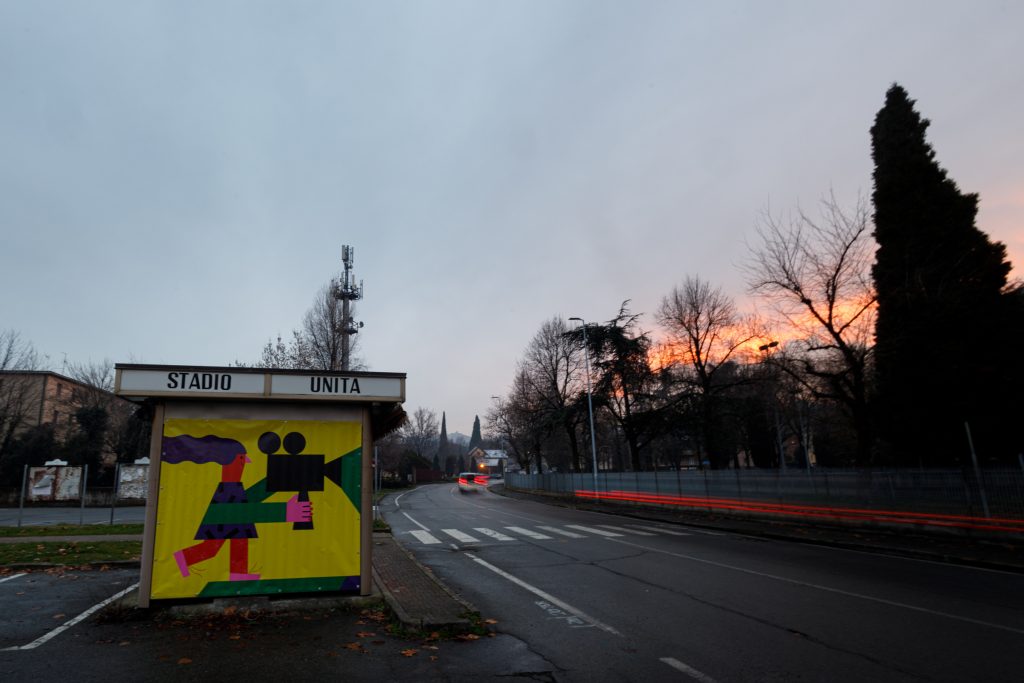 La Sosteria is a project of urban qualification and of preservation of existing heritage.
A former newsstand we wanted to bring back to life as a cultural pole!

AFTER PROJECTIONS – ON FRIDAY  MAY 6

Lou Pellegrino and Federico Gatti will provide the musical selection.

Jesse The Faccio and Arsslendo will enliven the location. They will provide the soundtracks for the official “after-festival music party” at the Sosteria. The party will be organised by Associazione Moninga, established in 2015 by a group of friends whose passions, music and solidarity are reflected in their social objectives. In fact, Moninga supports a volunteerism devoid of ‘welfarist’ intentions, preferring a project-based approach with sustainable goals. Thanks to adequate moral and educational support, the younger generations of the Democratic Republic of Congo can become the future protagonists of the growth of their country.

Jesse The Faccio is an Italian singer and songwriter, born and raised in Padua, with a musical eye pointing towards the United States (to Beach Fossils and Mac Demarco, to name a few). His sounds that mix Italian songwriters’ tradition and North America’s Lo-Fi sounds, intimate and simple, melancholic but lively.

Arssalendo, anagram of Alessandro, is the stage name of a very young electronic producer from Rome. Influenced by hi-tech electronics, he released his first album Litania in 2020, defined by critics as “the product of an apocalyptic film”, a journey created by the sounds of drum machines, dark synths and crazy samples, that will make you lose the conception of time.