It comes from Island the winner of the third edition of the Ennesimo Film Festival.  Ennesimo jury 2018 has awarded CUBS by Nanna Kristín Magnúsdóttir and it has bestowed 2 Special Mention to film Rosie, oh for best director and Retouch for best feminine character.

For the sensitivity it uses in representing the relation between the young protagonists in an atmosphere of growing tension, under the helpless and distraught eye of the adults’ world. The film is also worthy for reflecting on the obsessive and pervasive impact of social networks on the life of the youth.

For the one-go journey in a degraded neighborhood, seen through the cynical and staring eye of a young girl looking for her dog.

For the originality of a female character that, with coldness and clarity, finds in her own survival instinct a way out of a suffocating family routine. 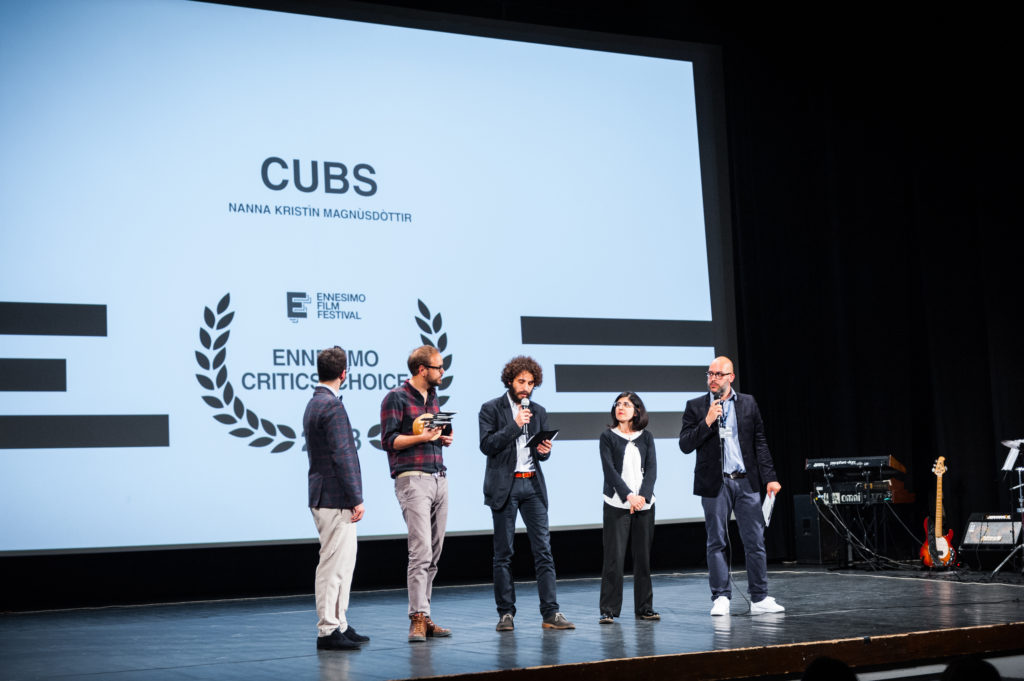 Ennesimo Artemisia Prize, linked to a local cultural association who aim to value gender issue went to From Hasakah with Love by Mohammad Farahani who attended at the Ennesimo Film Festival!

One frame after another in front of viewers’ eyes are strong and create a strong contact with war and the ensuing violence. The young Syrian woman, through her extreme act, wants to tell the whole world about the horror that Isis commits every day against civilians and women, who are segregated and subject to unspeakable barbarity before being killed.

The slaughter of a people living in such a buffer zone as Syria is before everyone’s eyes and women are paying the toll. The unexpected and bitter ending leaves viewers astonished in front of the unpredictable. However, what appears as the protagonist’s defeat encourages us to think on reality through multiple ways and points of views rather than just one, regardless of the evidence brought to us by mass communication means.

No one recorded Jan Palach when he set fire to himself, but his act reached the entire world. 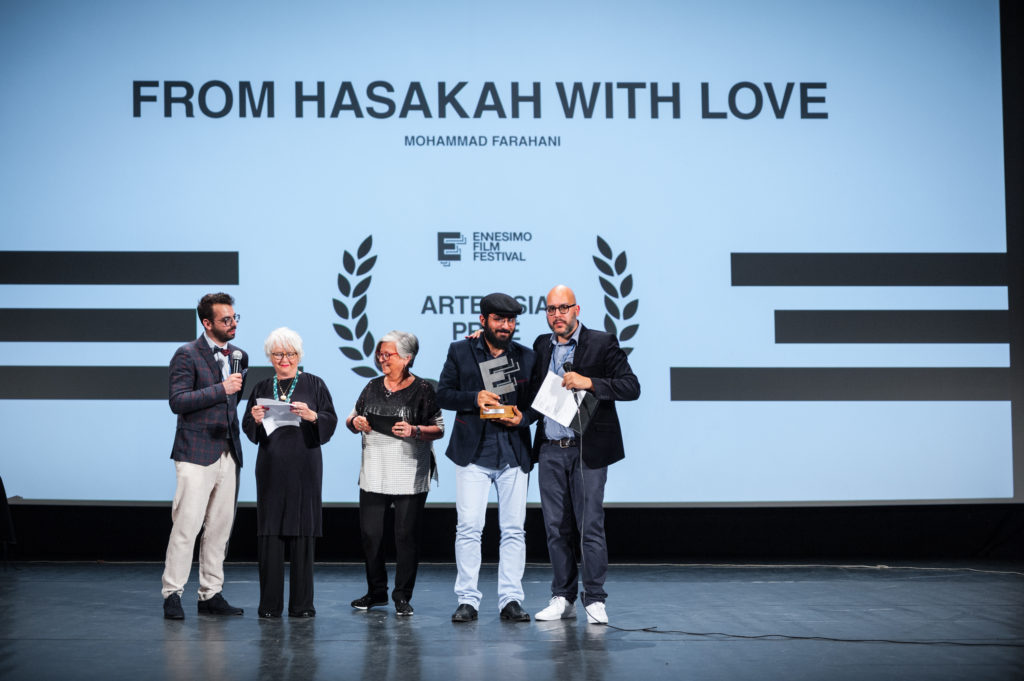 During Ennesimo Awards Ceremony  it was assigned also the Prize for the first edition for the project Ennesima Borsa di Studio. Winners were Natalia Guerrieri and Francesco Barozzi for the screenplay “Salse”. The jury commented:

Making audiences laugh, finding a story that may captivate and keep them on their seats until the final twist. Natalia Guerrieri and Francesco Barozzi’s screenplay for “Salse” was chosen out of all the proposals as it is totally equipped to impress, promote the local territory and become a film well appreciated by critics. The decision to set the entire film in the territory of Fiorano Modenese, although not necessary to take part in the competition, is very interesting for the purposes of the screenplay, and can drag spectators in for the whole duration of the story. The story goes with a budget realistically compatible with the Ennesimo Scholarship, and the high profile of the artistic curriculum of the proposed crew and cast. 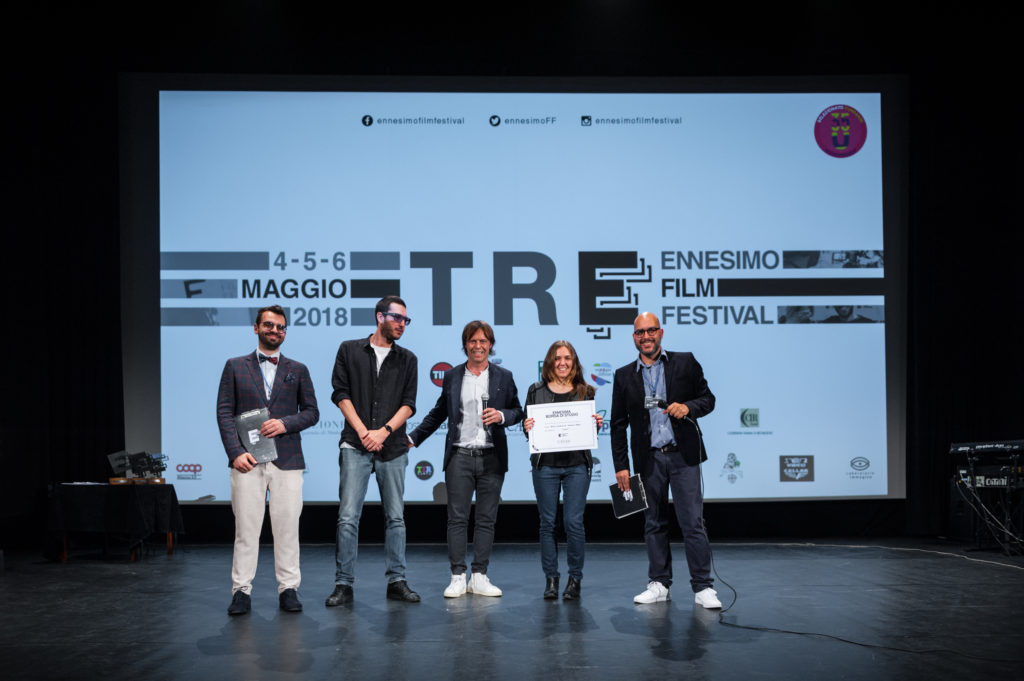 At the end the Ennesimo People’s Choice Prize, chosen by the audience who attended the Ennesimo Film Festival, went to Kapitalists, Pablo Munoz Gomez‘s comedy. 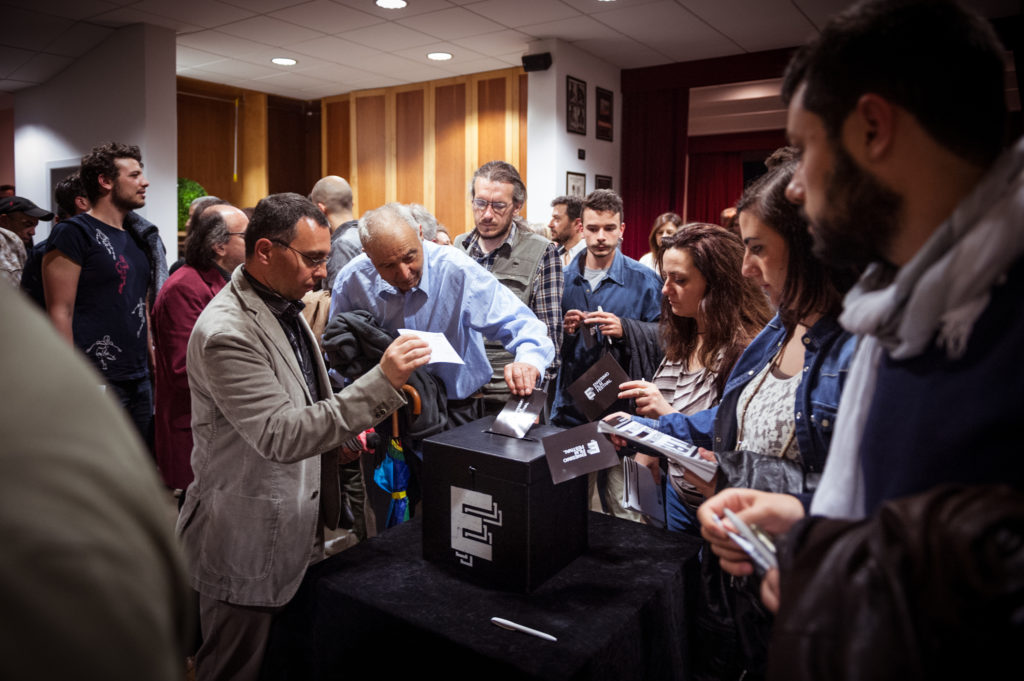