Ennesimo at the Play’s tenth edition!

From 6 to 8 April in Modena was held the Play 2018, the Games Festival. Now, at its tenth edition has been consacrated as one of the most important in Europe. And…We were there too! Indeed, Ennesimo has awarded the first Movies Prize!

Big numbers for the 2018 edition of the PLAY: Games Festival, with a truly exceptional participation: the previous record of presences has been broken also this year, exceeding the threshold of 40 thousand visitors overall!

In particular, the space dedicated to board games has been further extended, covering a couple of pavilions. Moreover there are interesting innovations such as the Play Kids pavilion, a space entirely dedicated to children, and the new Play Village, that is a real ludic village with lots of refreshment stands, kiosks, shops and above all a stage to host the events of the Festival in Modena.

In this context tooks place the Costume PLAY Contest, in which the Movies Prize, created and financed by the Ennesimo Film Festival was assigned for the first time.

Who won the prize?

The winner was determined by jointly assessing the aesthetic impact of the costume proposed, the quality of the realization of the latter, the originality of the impersonated subject and the performance on the stage of the cosplayer. Our jury had no doubts about the fact that the Van Helsing played by Jinko was the most convincing in every way and awarded him the first prize: a gift voucher of 150 € usable on the Egyp.it e-store! 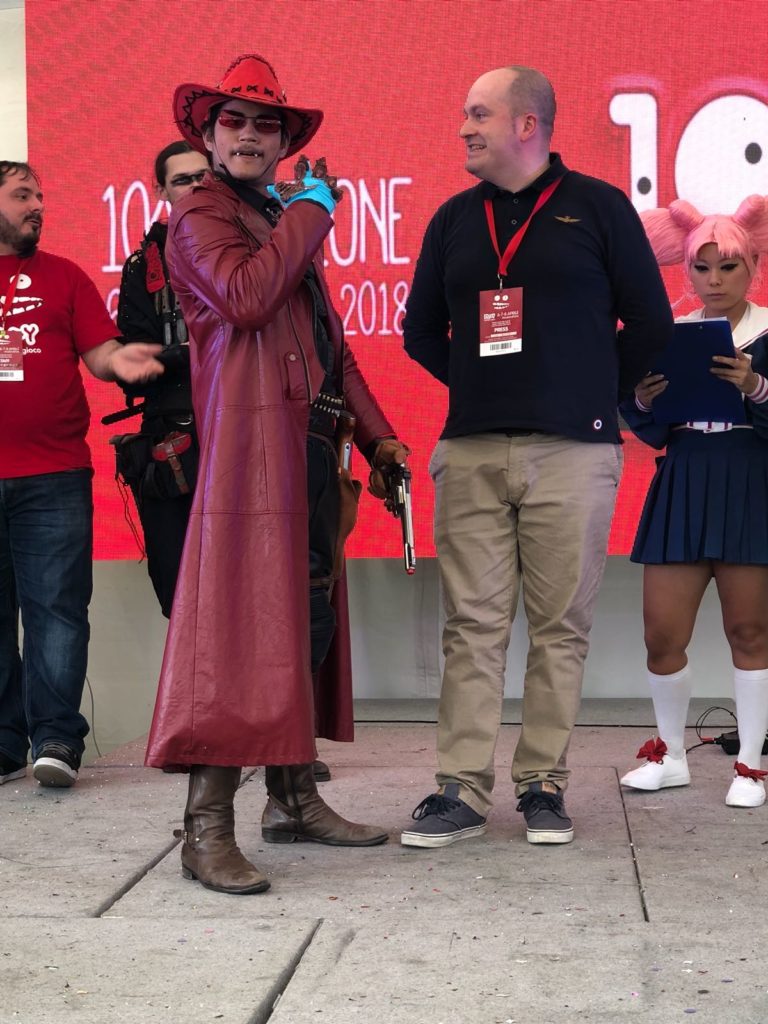 Here a short interview to Jinko.