The major events: a first-ever section devoted to Virtual Reality, the screening of an Academy Award-winning short film and the premiere of a short film shot in the natural reserve “Salse di Nirano”, as well as many other events organized at BLA Multimedia Library Archive.

An edition consisting of many ‘first times” will be opened on Friday and will rejoice the town of Fiorano Modenese with many activities, screening events and international guests: all this is free of charge, as always. For the first time ever, the whole town will turn into the stage of the Festival, which will be taking place in many locations: BLA Multimedia Library Archive, Barone Rosso game room and our Nuvola, which will be the venue for another first-ever event, namely the screening of an entire section of 360° films called Virtual Odyssey, that the people of the Tiles Industry will be able to enjoy thanks to special VR headsets.

«This year, the programme of Ennesimo Film Festival will attract visitors from every age group — commented the directors of Ennesimo Film Festival, Federico Ferrari and Mirco Marmiroli. — The aim of our Festival is to offer a new point of view on our contemporary world through the lens of the film camera, as well as to involve, amuse and inspire our viewers. That is why we decided to expand the Festival to attract both young people and adults with activities that have been organized at BLA Multimedia Library Archive. The Festival has grown significantly since the first edition, not only in terms of the number of events, but most importantly in the way it was able to involve the entire community of Fiorano, as well as promoting projects of visual education in schools and hosting the foreign directors competing in the selection. This is of crucial importance for us because we believe in a Festival that everyone can identify with and be proud of, and that is located within our Tiles District. Therefore, we need to thank all the municipalities that have strongly believed in the project (first and foremost, the municipality of Fiorano Modenese) as well as our sponsors and partners, including Scarabeo Entertainment, Gruppo HERA, Apple Promotions and Gadget, BPER Banca, Ceramiche Caesar, CIR Food and Vetriceramici-Ferro».

As always, the main attraction of Ennesimo Film Festival will be the short films of the Official Selection, whose screening will take place on Friday 3rd and Saturday 4th May at 9 p.m. at Teatro Astoria. This year, 2500 films have been collected from all 5 continents: 13 Italian premieres, 1 foreign premiere and 1 international premiere will be competing in the different sections of the Festival. Of course, this demonstrates that the Emilian Kermess can be very attractive for many directors and productions, who decide to premiere their work in Italy, and especially at Ennesimo Film Festival. The short films that stand out in the Official Selection are the American short film Skin, directed by Guy Nattiv and winner of the Academy Award for Best Live Action Short Film, and the winner of the Best Short Film César Award, namely the short film Little Hands by Rémi Aller.

This year’s edition is not only limited to the films in competition in the Official Selection, but it also involves the screening of films competing for the Ennesimo Youth Prize, which will be awarded by the almost 900 students who have participated in the project ‘Non è l’Ennesima Giornata di Scuola’, as well as films competing for the Ennesima Risata Comedy Award, our latest section realized in collaboration with Encounters Film Festival. Finally, a selection of short films shot in Sardinia and by Sardinian authors named Visioni Sarde will be part of the programme once again. Visioni Sarde is realized in cooperation with Visioni Italiane by Cineteca di Bologna and Circolo Nuraghe. This year, the BLA Multimedial Library Archive will also be involved in the project as the official venue of all side screenings scheduled in the afternoon on Friday and Saturday.

The collaboration with the Foundation and the Association of the Journalists of Emilia Romagna will be renewed and will take place on Friday, 3rd May at 9.30. This year’s edition is devoted to the analysis of the storytelling of contemporary street protests and to the change that storytelling has undergone due to the emergence of new media and the development of new film forms, such as report films and documentary films.

Together with many other exciting news, Ennesimo Film Festival will also collaborate with Radio Antenna Uno, which will be broadcasting live from Astoria Palace throughout the whole weekend. In addition to that, the Festival has opened its doors for children by introducing a new event, Primi Passi, taking place at the game room Barone Rosso at BLA Library. The project consists in two workshops dedicated to kids between 3 and 6 years old, who will take their first steps behind the camera and discover how cinema works, as well as enjoying a whole lot of short films that will be screened in the new Kids’ theatre set up in the game room.

The Festival will have its grand Finale on Sunday, 5th May, at Teatro Astoria: all Prizes at stake will be awarded, including the Ennesimo People’s Choice Award, awarded by the audience of the festival, and the Ennesimo Critics’ Choice Award, awarded by a Panel of Judges including the screenwriter Lorenzo Rossi Espagnet, the critic Alice Cucchetti and Carlo Migotto, the organizer of Lago Film Festival. Among others, the Prize for Best Rewiew will also be awarded to one of the works written by the almost 900 students that have participated in the project on visual education ‘Non è l’Ennesima Giornata di Scuola’, this year. The project has involved 38 classes of the districts of Fiorano Modenese, Sassuolo, Maranello, Scandiano and Castellarano.

The night will open on the World Premiere of Salse Connection, the short film shot by Francesco Barozzi and Natalia Guerrieri, winners of the Ennesimo Scholarship in 2018. Thanks to the help granted by Ennesimo Film Festival, the two authors were able to realize a short film shot at the natural reserve Salse di Nirano, which will be screened for the first time on this special night.

↪️ THIS IS NOT THE ENNESIMO festivalfilosofia 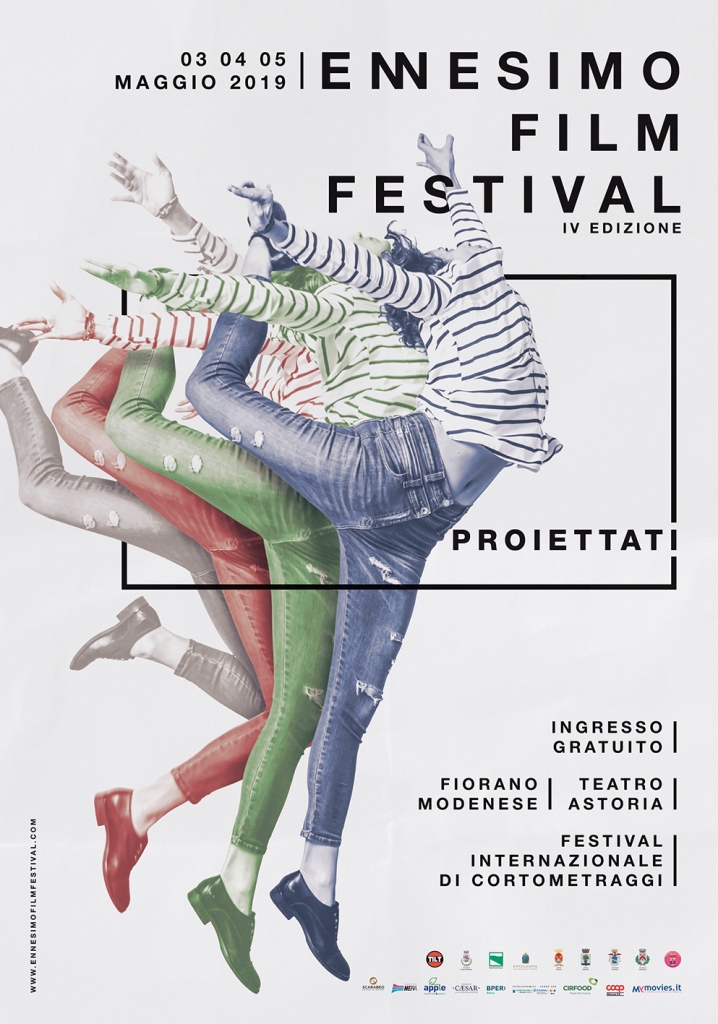