Cinema in the classroom. For an audiovisual pedagogy

Ennesimo Film Festival > Cinema in the classroom. For an audiovisual pedagogy

From the experience of the Ennesimo Academy comes Cinema di classe. Per una pedagogia dell’audiovisivo (“Cinema in the classroom. For an audiovisual pedagogy”) 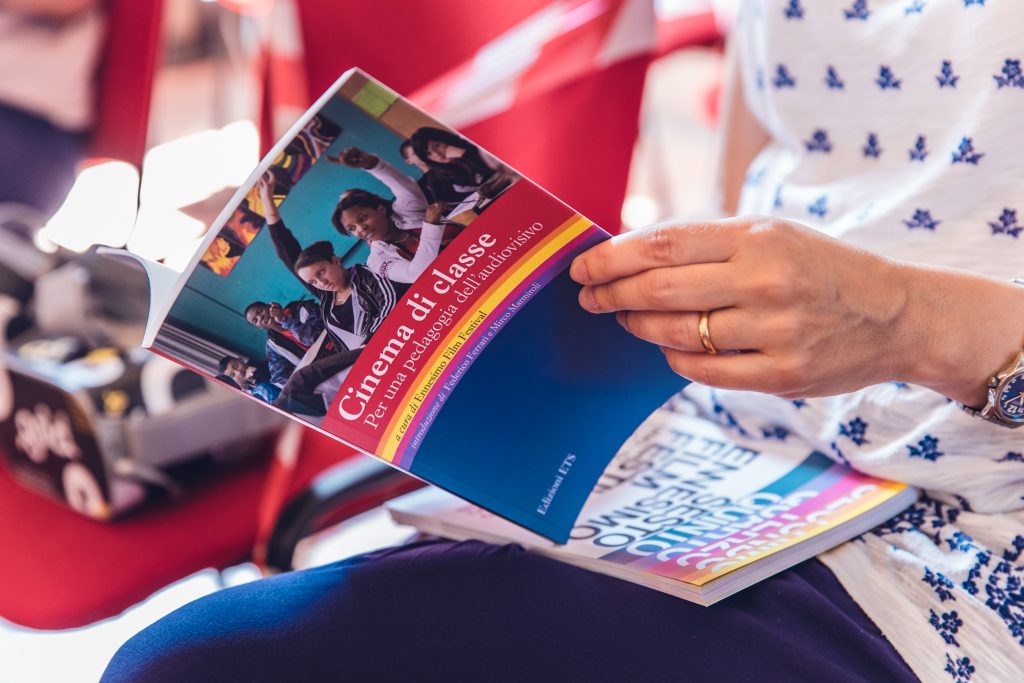 A book aimed at teachers and educators, full of useful paths and tools for integrating the use of audiovisuals and cinema in traditional teaching. Published by ETS, the book is made up of ten essays written by scholars, journalists and experts in the field, and addresses the main contemporary issues to help teachers to tackle these issues in the classroom with the support of the world of cinema.

Street movements, affectivity, legality, climate crisis, memory, human rights, terrorism: each essay presents a filmographic path displaying the theme in its entirety, while at the same time providing ideas for classroom discussion and elements of image education. Directing choices, notes of film criticism, analysis of the narrative elements that make up the film – these are just some of the elements present, which the teacher can use to propose a participatory, collective and critical vision of the works, laying the groundwork for an active debate on various issues.