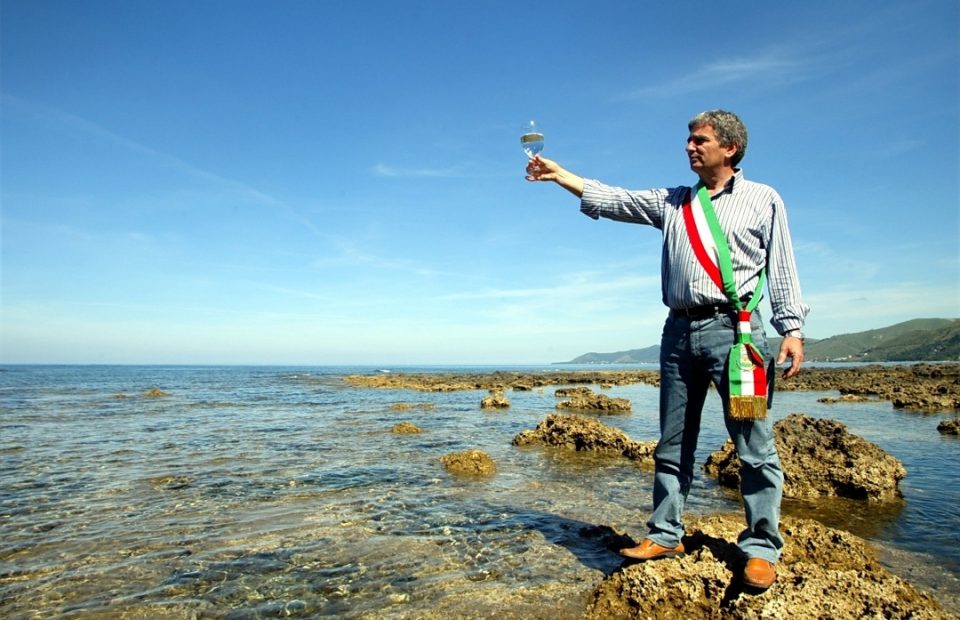 On Monday 11th March 2019, the civil society of Fiorano Modenese delivered the honorary citizenship to Dario Vassallo, who dedicated
himself to the fight against crime and in defence of the environment, like his brother Angelo Vassallo, the “Mayor Fisherman” of Pollica (in the province of Salerno, Campania) who paid with his life his commitment to legality and respect for nature. Because of the release of the
documentary La Grande Onda di Angelo Vassallo, his brother Dario comes back to Fiorano and tells his exemplary story: an ordinary
citizen suddenly affected by a family tragedy, is able to transform his life into a tireless and life-long public commitment, bravely putting legality and justice first, and struggling to let them take root in a difficult context full of shadows. In 2011 Dario Vassallo published the book Il Sindaco Pescatore for the Italian editor Mondadori. Stemming from the book, a tv-show starring Sergio Castellitto and a theatrical performance with Ettore Bassi were made.