9 prizes (plus 1 for Caesar Design Film Award) and 2 Special Mentions  assigned by Panels of Judges during the 7th edition of the Ennesimo Film Festival. Here the reason why movies were chosen. 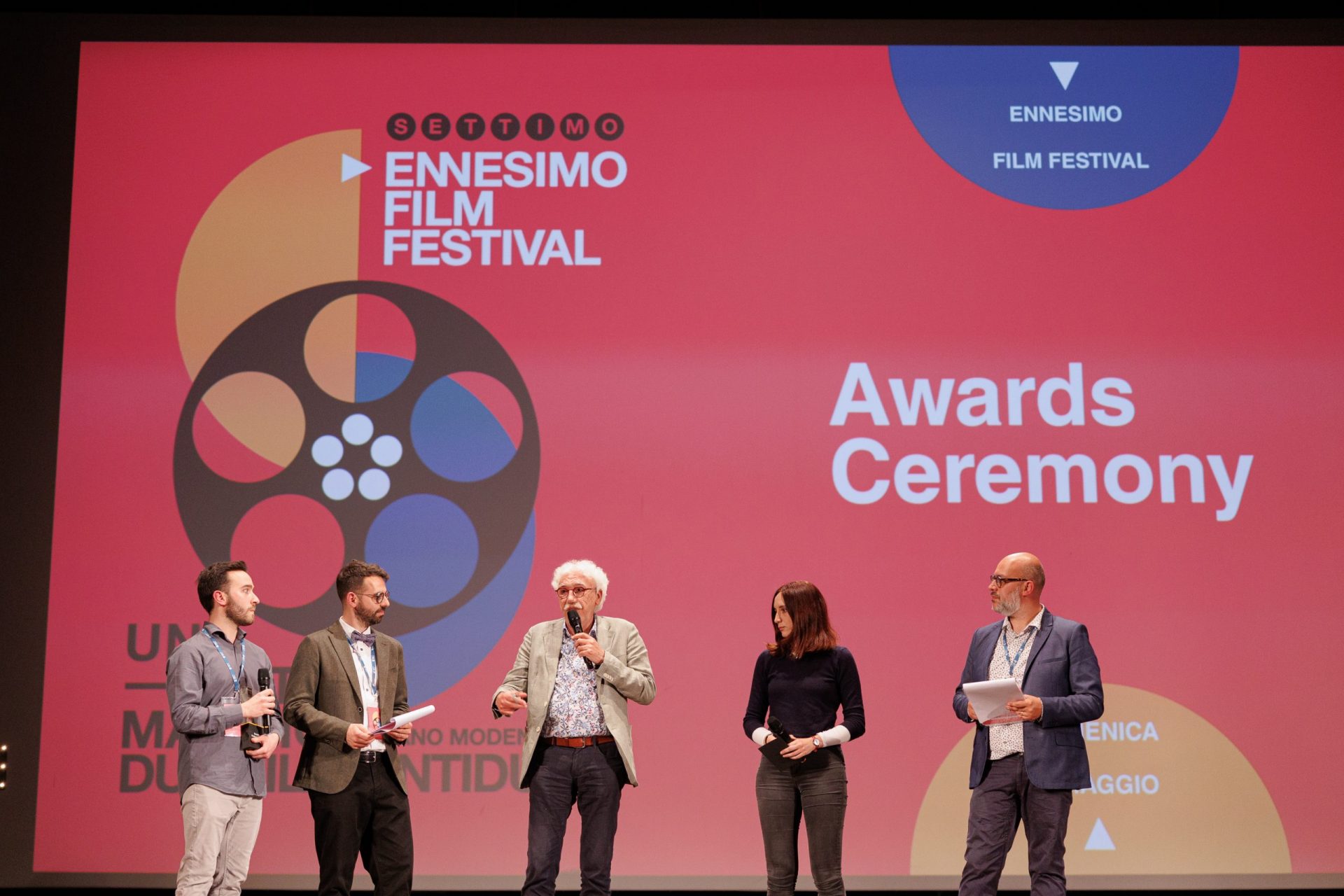 This award stems from the shared feeling of having fully understood the dual nature of this short film:  on the one hand the audience is confronted with an idea of hope and future, on the other with the impossibility of realising one’s dreams and with the “depersonalising nature” of a city like New York, in which the two protagonists look for a place to (re)find themselves at home.
The photography contributes to conveying this alienating feeling by (re)representing New York in a non-stereotypical way that is functional to the development of the story.

This short film was awarded for the way in which the director condensed the aesthetics of his work into a very clear and powerful image that somehow sticks with the viewer. 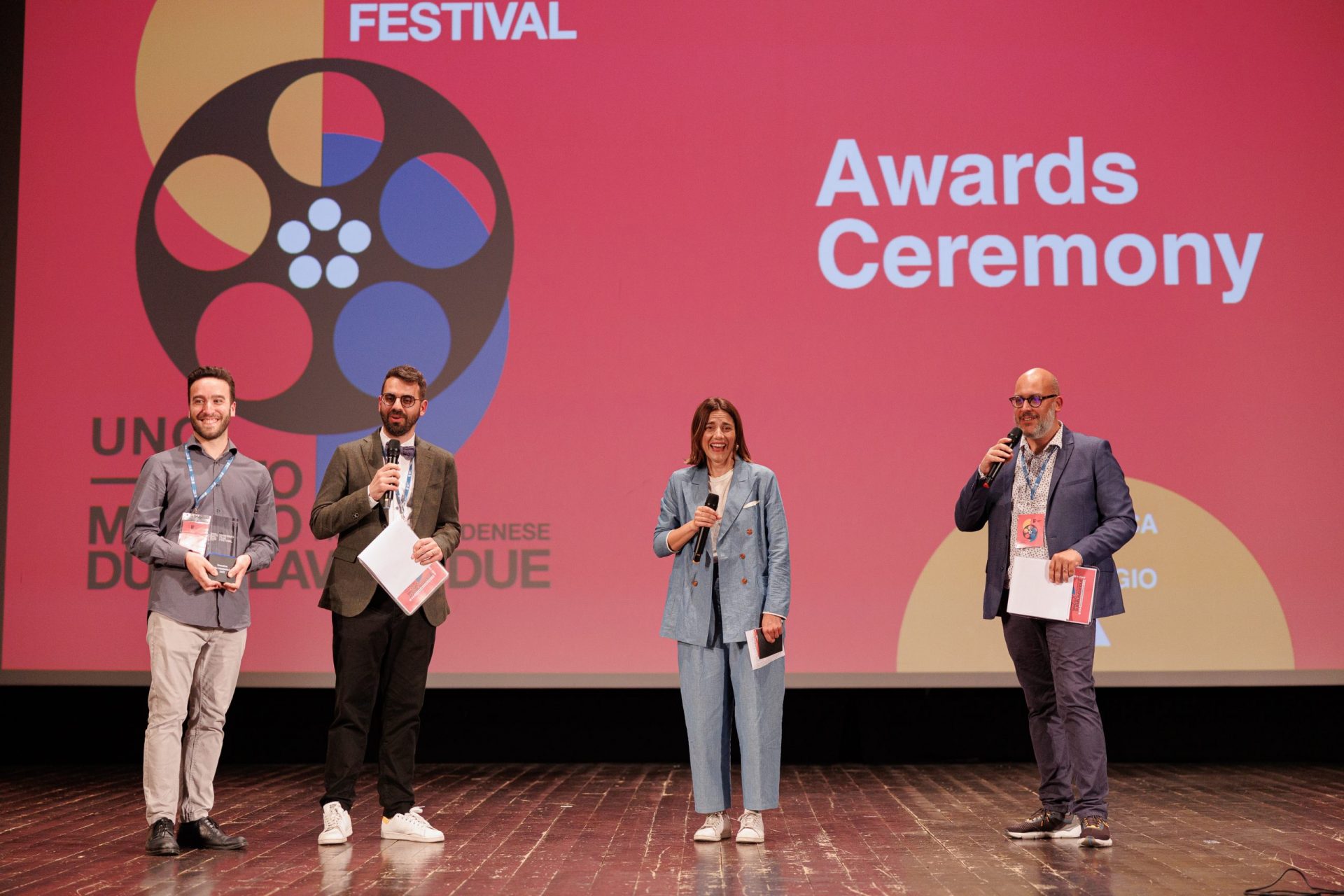 Eleonora Giovanardi was the Godmother of the first edition of the Ennesimo Best Performance Award. She chose

BEST ACTOR: Ryan McParland in Rough.
For his immensely beautiful, deeply emotional and yet controlled performance. He showed great maturity, self-confidence and
uniqueness behind the camera.

BEST ACTRESS: Ana Villa in Distances
Because she played Maria in an incisive, determined and at the same time light-hearted way. 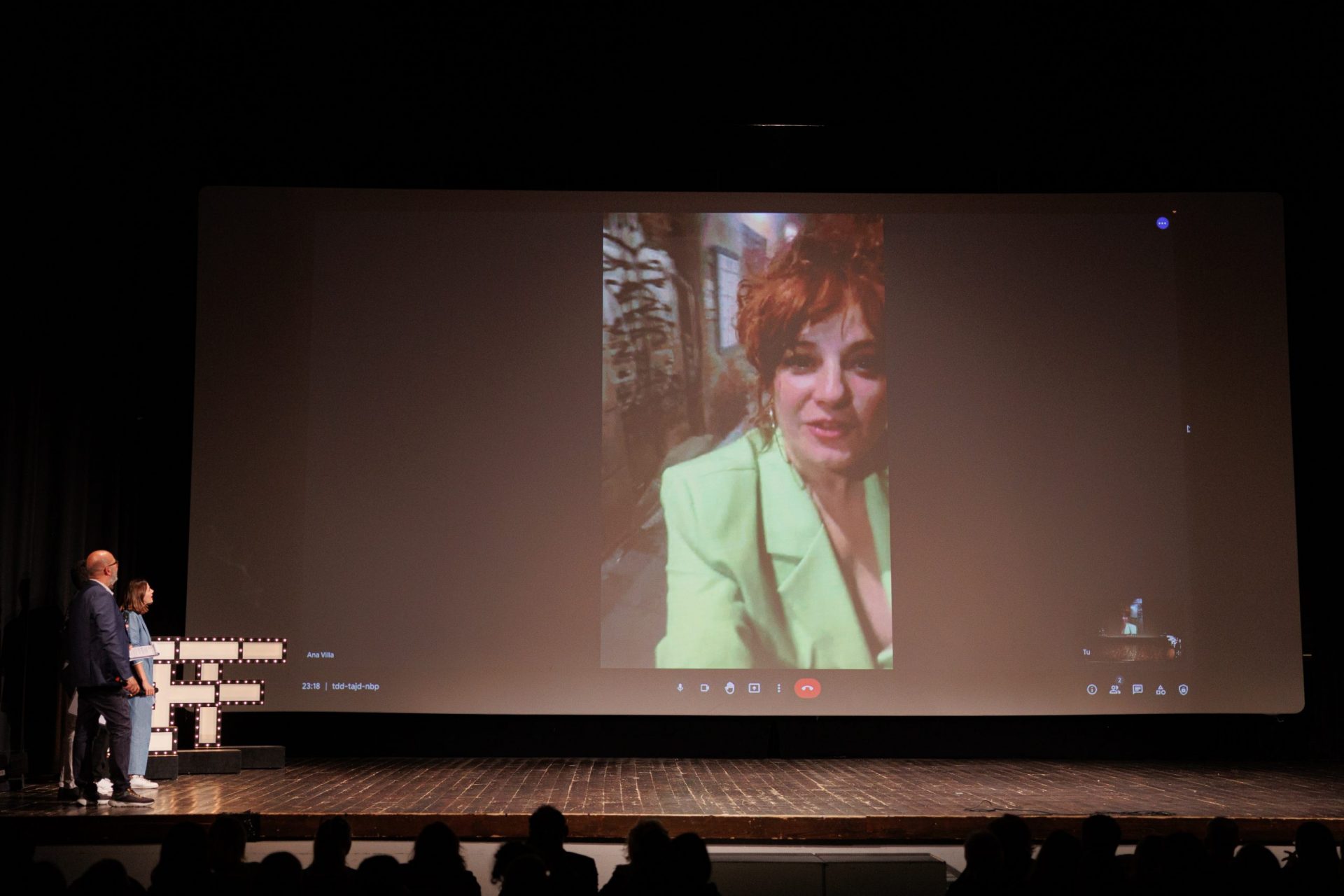 SPECIAL MENTION: David Ramirez Knezevic in Shower Boys
For his mature meticulous and precious performance. He managed to give credibility and wisdom to the character of Noel, despite his young age.

At the end, the panel of judges of the members of Circolo Culturale Artemisia Gentileschi in Sassuolo unanimously awards the Artemisia Prize to the director SUSAN BEJAR for the short film Distancias.

The story conveys to the audience a powerful message of positivity and human solidarity through the exploits of a woman named Maria, who seems to recover the lost human contact and makes everyone feel part of the same human condition. In an underground carriage, which is a metaphor for our modern society and for our lives, the director depicts a motley group of commuters, all tired and self-absorbed, deaf to what is going on around them (like the girl with the headphones) and voiceless, as if they had lost the use of speech… dramatically impermeable to one another. In the rattling of the train, between stops and departures, incoming and outgoing people, a
scruffy and disturbing man appears. Suddenly, it is as if a centrifugal force is acting in the train: as the man&#39;s crazy behaviour continues, all passengers move away from him, frightened and suspicious. Only Maria has the courage to sit next to him and talk to him.
Thanks to this bizarre dialogue, the man will reveal his innermost self, thus sharing a common fate with the other passengers: they are suffering, everyone is poor in their own way and also abandoned. Maria succeeds in bringing to the surface the peculiarities of that stranger: his name, which brings the man back into society and out of the state of silence and incommunicability in which he found himself. In this way, he will be recognised in his dignity as a human being by everyone present.

All the winners wanted to share with us and the audiece a thanks video. And we’re so glad to let you hearing what they said!